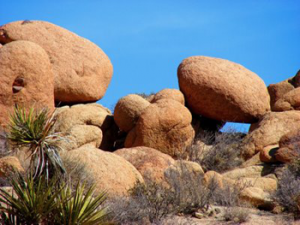 Because record keeping was never much of a priority for the San Joaquin Geological Society (SJGS), much of the early history of this austere group has been lost to the ages. Yet, geologists tend to be a long-lived bunch, and Bob Countryman and Fred Green were able to interview several “more experienced members” of the SJGS back in 1985 for articles that subsequently appeared in a history of the Pacific Section of AAPG. What follows draws heavily from Bob and Fred’s contributions, with gleanings from old Pacific Section newsletters, more “old-timer” recollections, and little else to flesh out the story and “fill in the gaps”.

The beginnings of the SJGS are obscure, but there were probably gatherings of geologists in Bakersfield in the late 1920s when the Pacific Section first started up in the Los Angeles area. Ed Stinemeyer, who arrived in Bakersfield with Shell Oil in 1937, attended meetings of some sort in 1938-39, just before he joined the army. Others also recall gatherings in the 1930s. However, recollections of a misplaced history, written by Gardner Pittman in 1963 or 1964, indicate that a formal society, as we know it today, did not form until much later. Perhaps, meetings in the 1920s and 1930s were informal “get togethers” without benefit of elected officers.

Wes Bruer, who was SJGS president when Pittman wrote his “lost” history, remembers the society as “officially” forming in 1940 when Tom Fitzgerald of the Richfield Oil Company met with a few cohorts at the old Bakersfield Inn, drew up a constitution, and chose some officers. Wes recalls that Fitzgerald was an early, possibly the first, president. Wes also remembers seeing at least two versions of a constitution, both dated 1940, but neither of which were ever adopted.

When the United States entered World War II in 1942, many members headed overseas with the military, leaving the society to carry on in a reduced state. When the vets returned in 1945-46, the SJGS began holding “official” monthly dinners, and “unofficial” daily luncheons, at the El Tejon Hotel-a convenient location for most as several outfits, including Richfield Oil, had offices nearby. More important, Stan Beck and Bill Kleinpell, who informally presided over these noon gatherings, had offices in, or near, the El Tejon.

The society grew and shrank with the fortunes of the oil industry so that by the mid-1960s just a few members remained who regularly attended meetings. This small group endured the notoriously poor food of the El Tejon, until a dismal attendance of less than ten couples at a “Ladies Night” meeting, just before Christmas 1963, dictated the need for a change of venue. When the El Tejon also eliminated its “all you can drink for $1.00” policy, the days of the El Tejon meetings were numbered.

When a committee headed by Rod Colvin began searching for a new meeting place, Harry Feder suggested that the members cook their own steaks at the friendly confines of the American Legion Hall, then located downtown near the present Bank of America building on Truxton Street. The society voted in this change in 1964, at the end of Wes Bruer’s term as president. Shortly afterwards Harry, Chuck Edwards and friends began the tradition of a monthly BBQ with a free keg of beer.

Lured by good food, free beer, and industry-oriented talks to round out the meetings, “missing” members soon returned to regular attendance. When the Legion Hall relocated a few years later to a new building at 2020 ‘H’ Street in Bakersfield, the SJGS followed and continued to meet there on the second Tuesday of each month for the next fifty or so years.

As the SJGS contemplated the El Tejon problem, Wes Bruer and some of the society officers convinced the Pacific Section of AAPG, which in those days was largely a southern California outfit, to let the SJGS host a geologic convention in Bakersfield. The Section, which began in Los Angeles in 1924 as the Pacific Society of Petroleum Geologists, had held previous conventions in or near Los Angeles, which in the 1920s reigned as the center of the California oil industry. However, Bakersfield by the 1960s was clearly where the action was.

The Bakersfield convention of 1965 was a huge success, and led to the election of SJGS candidates Pete Gester as President, Otto Hackel as Vice-President and Dave Calloway as Secretary of the Pacific Section-the first candidates nominated from outside the L.A. area. This was followed by the 1967 founding of the Los Angeles Basin Geological Society (LABGS), which freed up the Pacific Section to evolve into a broader organization overseeing the national interests of the local geologic societies of the West Coast.

Another action initiated by Wes’ group was the adoption of a constitution. The SJGS pretty much operated without formal guidelines until 1963-64 when Wes, Rod Colvin and Gardner Pittman, drafted up a “Suggested Operating Procedure”. This formed the basis for an official constitution, which was adopted in 1967-68, and modified in June 1983.

The SJGS also helped influence 1963-68 legislation to license California geologists. Opposed to licensing at first, the society changed its tune when it became evident that licensing, which environmental and engineering interests were pushing, was inevitable. Fortunately, the SJGS redirected legislation to prevent undue restrictions from being placed on petroleum geologists.

The SJGS had held their monthly dinner meetings at the American Legion Hall on F Street on the second Tuesday of the month for more than fifty years until the Summer of 2015 when the Legion informed the society that they would have to move their meetings to a different night of the week. Apparently the Legion wanted to run lucrative bingo games on Tuesday nights and the lure of profit outweighed the fact that society had been a faithful customer for more than five decades. This led on October 13, 2015 to a relocation of the dinner meetings to the Eagles Hall on nearby 17th Street, where the meetings are held today.

Clicking the link here leads to a list of past SJGS officers elected since 1946. Please look this list over, and email the webmaster if you spot any errors or any names that we inadvertently omitted. We would also like to know if there are any stories that you feel need to be added. We want this history to be as accurate and as interesting as possible, but we need your input to do it.

• A special thanks to Ed Stinemeyer, Wes Bruer, Bob Countryman, Senteur de Boue and others for filling in the gaps.

Member Societies of the Pacific Section:

Affiliated Societies of the Pacific Section:

« Previous
Next »
Secured By miniOrange